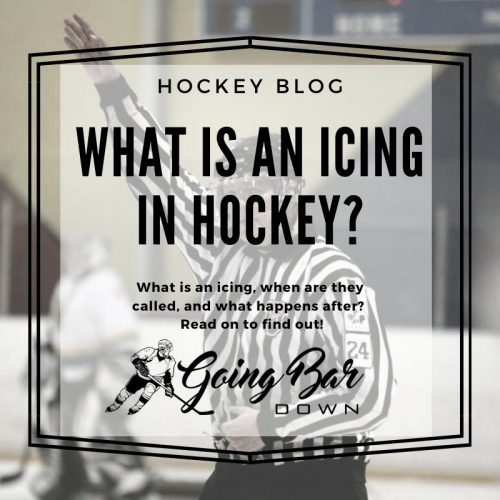 One of the most common questions and confusing things about a hockey game, what is hockey icing? Why does the referee blow the whistle when the puck gets shot down the other end of the ice, and sometimes he doesn’t? Hockey is a complicated game so we’re going to break it down for you step by step. 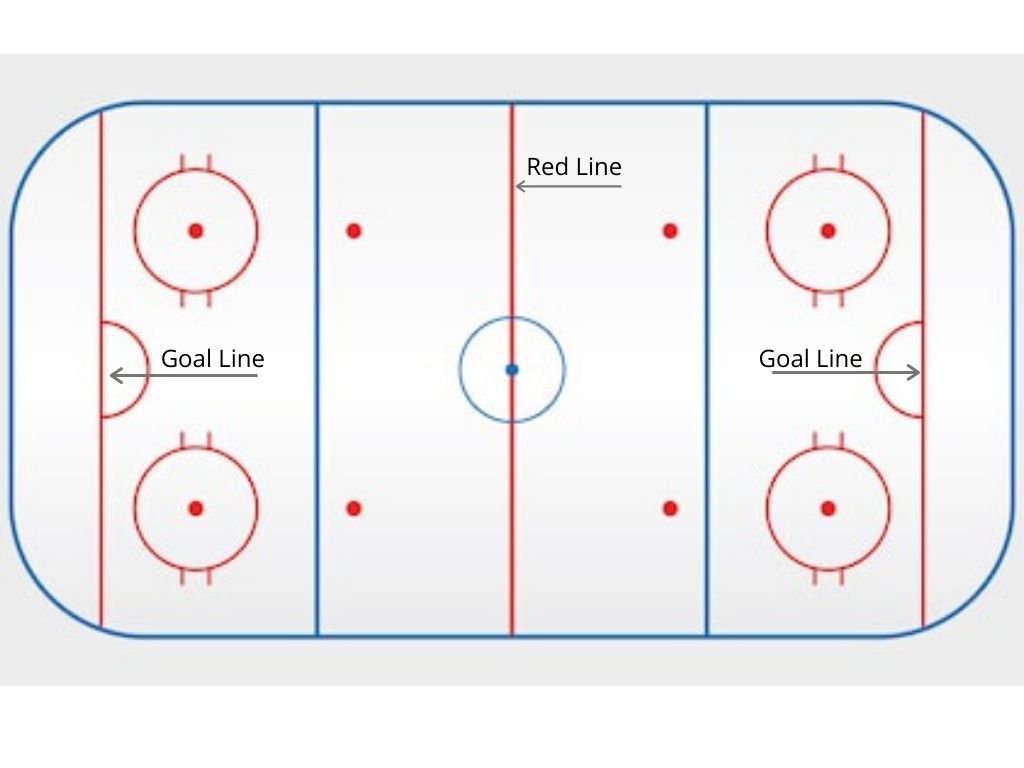 An icing in hockey is called when a player shoots the puck from their teams side of the red line down past the opponents goal line before a player on either team can touch the puck.

Why Is There Icing In Hockey

You might be wondering, what is the point of the icing rule in hockey? It was first introduced to the National Hockey League in 1937 to prevent the winning team from just shooting the puck down the ice to protect the lead. The icing rule creates more offense in the game, because it forces teams to pass or skate the puck up to at least the red line before shooting it in the other teams end. If you want some more information on hockey rink dimensions, check out our breakdown!

This may sound easy to do in theory, the opposing teams will have different strategies to prevent this and get the puck back. It creates a more dynamic and exciting game to watch with more chances and shots on the goalies!

How Does Icing Work?

Icing in the NHL - Hybrid Icing

‘Hybrid’ icing is what is currently used in the NHL and most professional leagues in North America.

In certain situations, an icing call is very clear but in others it requires a certain degree of discretion by the referee. In some hockey leagues including the NHL, this is called hybrid icing.
The first situation is if the puck is iced and it is clear the team who did not shoot it will get there first, the icing is called before any players near the puck.  The face off is now taken in the offending teams zone
A second situation is if it looks like it is a tight race or a player on the team that shot the puck down is slightly closer, the linesmen will not call the icing right away and let the race for the puck play out to determine if an icing is to be called – in this situation if the players are almost an identical distance the icing may still be called early for player safety.  If the icing is called, the face off is again in the offending teams zone.
The third and final situation is a player on the same team as the player who shot the puck down is clearly closer to the puck and reaches it first, the icing will be waved off and play will continue.  This situation has been used as a strategy for teams with exceptionally fast players, firing the puck down and bouncing if off the end boards giving these players breakaways!

The previous situations are mainly a North American professional league rule, and in minor hockey and International competition “no touch” icing is usually used.  This simply means if you do not gain the red line before shooting the puck down, icing is called and the face off is in your end.

Can You Ice The Puck When Killing A Penalty (ie. Being Shorthanded)

The most common time icing is also not called is when one team is shorthanded. The team that is killing the penalty (The team that has less than 5 skaters) is allowed to ice the puck without consequence as a defensive strategy. As soon as the penalty is over and both teams are even strength, the regular icing rules then apply. One thing to clarify, the team with the man advantage is not allowed to ice the puck, and the standard icing rules still apply to that team.

Changing Players After An Icing Call

This is a relatively new rule in the history of hockey, where now the players on the team that iced the puck that were already on the ice must remain on the ice for the face-off in their defensive zone. This prevents teams from icing the puck simply to be able to change the tired players on the ice with fresh players from the bench. This rule was changed in the NHL in the 2005 – 2006 season, so that long ago at all!

The purpose of this rule was to increase the speed of play and again, promote more offense in the modern NHL. It forces teams to move the puck out of the zone even if the players on the ice are tired. This increases the chance of a goal being scored as players are more likely to make a defensive mistake and give the opposing team a chance to score a goal.

When Is Icing The Puck A Good Strategy

This gives the team an opportunity to win the faceoff and break the puck out of their end, and change on the fly to get fresh players on the ice. When the defensive team is scrambling in their own end and a potential goal is only moments away, icing the puck and getting a whistle for your goalie might be the best play. It also allows your goalie to reset, if he had lost his stick or was on the ice and out of position to make the next save.

Icing the puck is a good strategy in a number of situations but the main reasons are to allow your goalie to regroup and letting the defensive players catch their breath and get back in position.

What Is A Two Line Pass In Hockey

The game of hockey is constantly evolving with sometimes major rule changes passed each year in the NHL. The two line pass rule used to be a part of hockey for over 60 years, from 1943 – 2005 until it was removed. The basis of this rule was that no pass could go over both the defensive teams blue line and the red line without being touched by a player on the ice.

This rule was created to improve the defensive nature of the game, and prevent players from staying on the opposing teams blue line and waiting for a pass. The elimination of the two line pass rule improved the offensive in the game and made it overall more exciting as breakaways are much more common. The two line pass rule made getting a break away much more difficult, as the defenders could play on their side of the red line and never give up a breakaway.

Need a new hockey stick?  Check out our review of all the top hockey sticks available today!