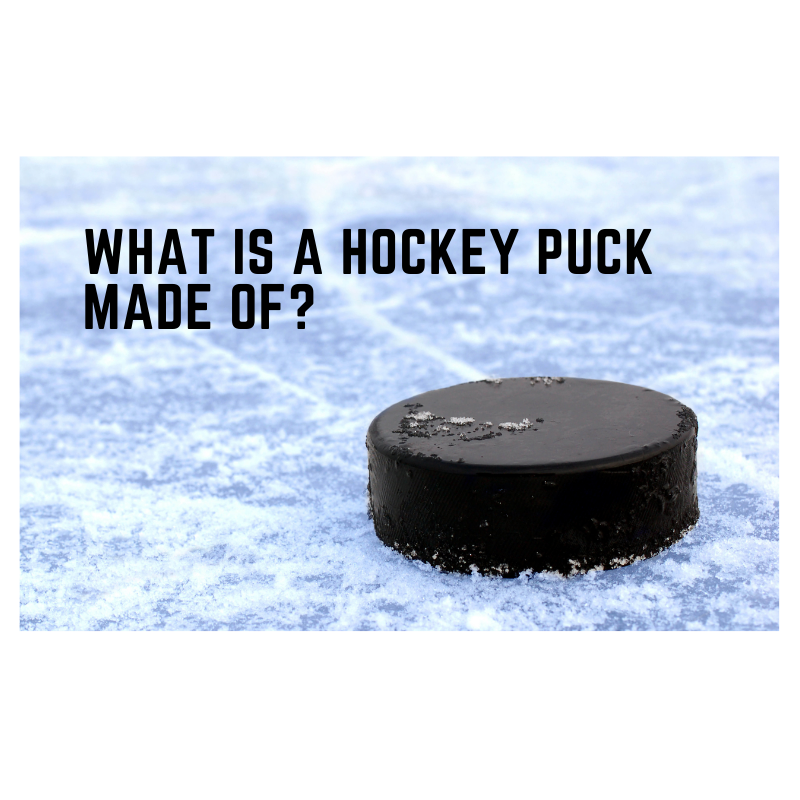 Hockey pucks are all made of a material called vulcanized rubber. This is really the same type of rubber used to make things like tires but in a harder and solid form! In this article we’ll give a simple overview of all the key things you need to know about hockey pucks! 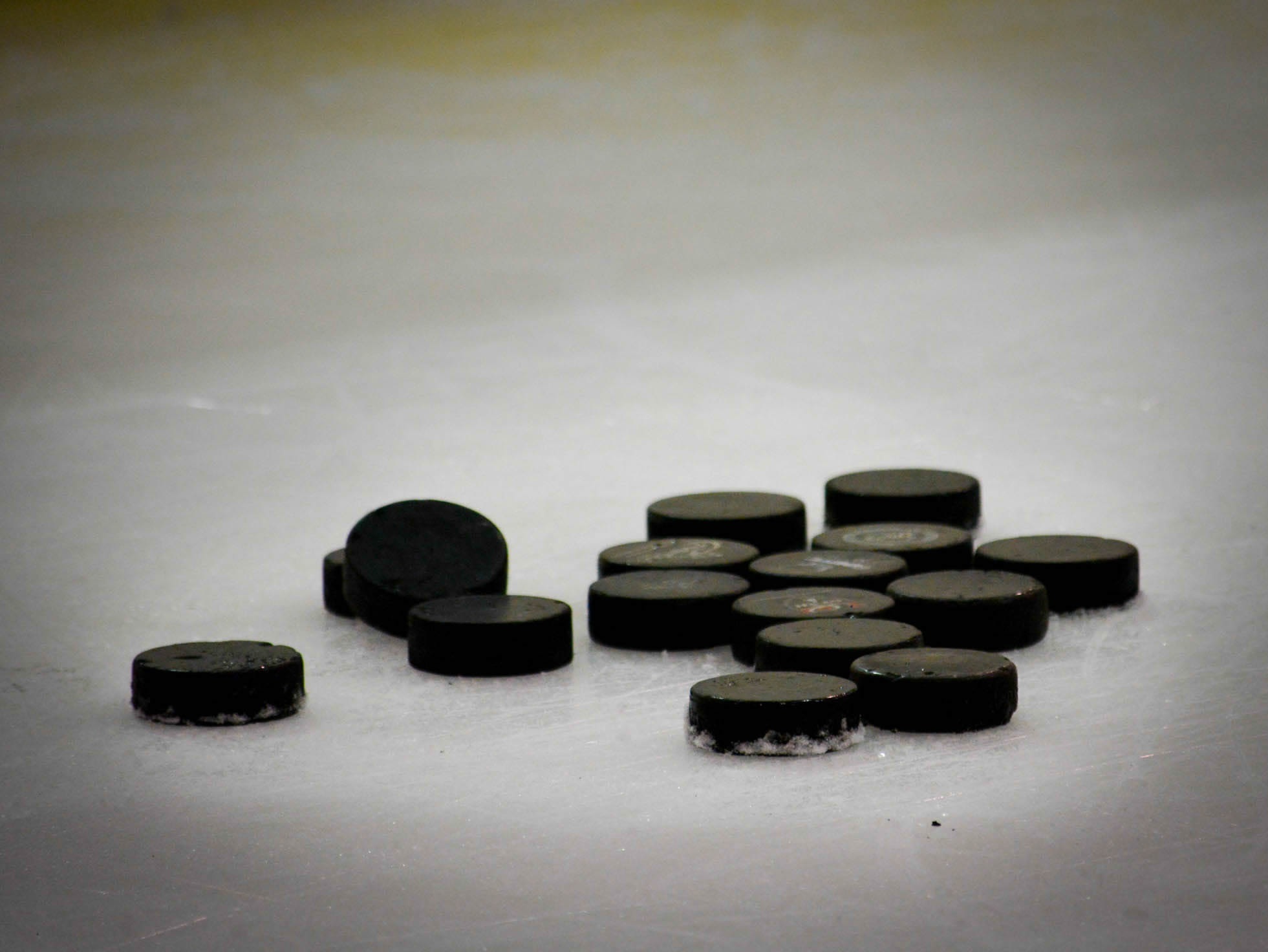 Every single hockey puck has the same standard dimensions, 1 inch thick and 3 inches in diameter. All the variations of the modern hockey puck have to do with the weight itself, and not the dimensions or materials.

When the game of hockey was first invented, the very first puck used was square and wooden to prevent it from leaving the ice surface. Hockey pucks then evolved to wooden circles, and eventually to cutting a rubber ball into a disk.

The standard hockey puck weights six ounces, and this weight is used in almost all hockey games across the world from the NHL to minor and recreational leagues. Whenever you are discussing a hockey puck, they will almost always be black and weigh six ounces.

Hockey pucks are made of vulcanized rubber, and this is the only material used to make modern hockey pucks. When hockey was first becoming a sport, wood was the first material used to create a hockey puck. The rubber of the hockey puck allows it to slide easily on the ice, and withstand shots over 100 mph without damaging.

Even though hockey pucks aren’t made of a “bouncy” rubber material, in professional hockey games the pucks are cooled to prevent bouncing. Hockey pucks are also very dense, so compared to something like a baseball they possess a lot more energy when thrown at the same speed. Since hockey pucks are designed to travel at incredible speeds and hit the boards or the steel of the hockey goal, it goes without saying they are very strong! 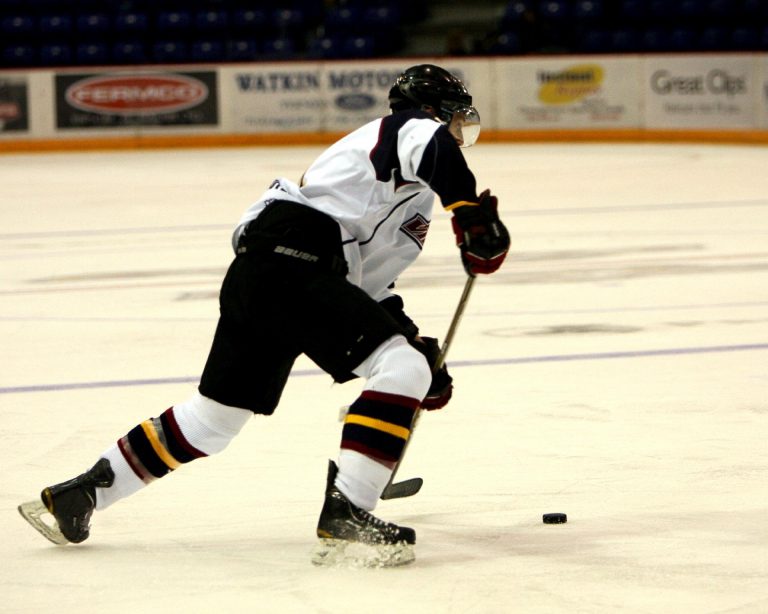 This article covered basically any question you might have about a hockey puck, from what it is made of to the different variations of the puck used in history and today. The key things to remember are:

If you have any comments or questions about the article, please let us know below!

Looking to buy a new hockey stick?  Check out our review of all the top hockey sticks available today!