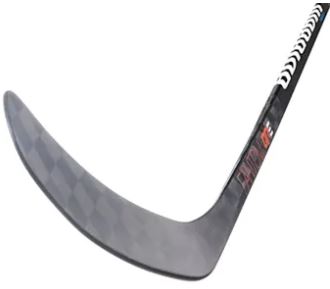 Warrior is taking aim at the lightweight stick crown with its latest release, the Fantom QRE.  A special, lightweight version of the Covert QRE, the Fantom takes performances to the next level.  Read on for details! 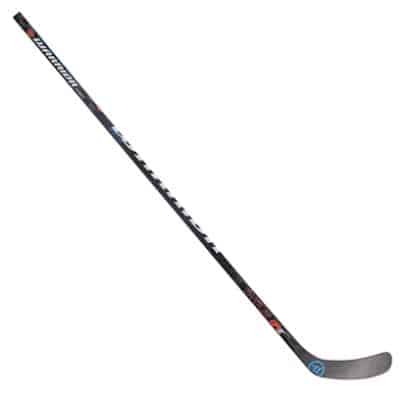 Warrior has taken the crown from Bauer with the new Fantom QRE.  Lightweight, low kick point, and a wicked fast response, you will be seeing lots of this stick in the NHL next year

Want to see more sticks like this?  Check out our full round up review of the best hockey sticks of the year!

Warrior has come out swinging with its first stick release of 2019.  They have taken their approach to lightweight performance to a new level, with the Fantom QRE coming in at just under 355 grams.  When I first picked this stick up in store, I thought I had accidentally grabbed an intermediate stick it was so light.  Keeping with the QRE lines key features such as a low kick point and edge taper, the Fantom QRE is going to make a splash this year in professional and amateur hockey alike

The QRE line has a low kick point to help you get quick, deceptive shots off so fast the goalie won’t have time to react. 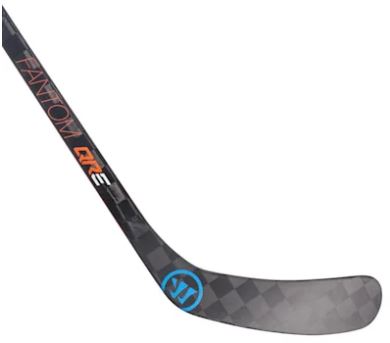 Warrior’s new Enigma carbon weave helps them shave more weight off this stick than ever before.  The weave is built for ultimate light weight and power transfer giving you a stick with some extreme pop 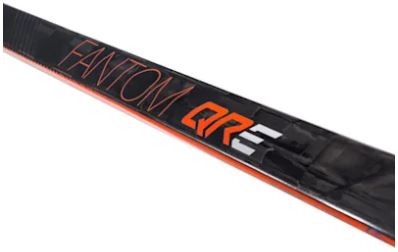 The same tried and true edge taper technology from previous QRE sticks, allowing your shot to be powerful and more importantly repeatable, giving you the feedback required to help you find your shot sweet spot

Our Research And Findings

Warrior has officially launched the Fantom QRE to the masses on May 24, 2019.  The stick was seen in action in the NHL during the 2019 Stadium Series between the Pittsburgh Penguins and Philadelphia Flyers.  Brian Dumoulin was the first player spotted using the stick, and you can find photos of him using it throughout the game.

Bauer released their Vapor ADV stick a few years back, and that stick came in at a feather light 355 grams.  Warrior has clearly taken aim at the Vapor lineup, matching its QRE low kick series with an extremely innovative lightweight design.

Time will have to tell for now if the Fantom QRE has the durability of some of the heavier QRE models, or if it is akin to the legendary Vapor XX Lite, which had performance and light weight, but couldn’t back it up with durability at the time due to technological constraints.

Read on below for all the details on the stick interpreted directly from your Warrior and its retailers!

What else can we say?  Building on Warrior’s great Covert QRE model and the QRE line’s innovations, they have shaved nearly 50 grams off the stick to make it one of the lightest sticks ever produced!

At this point, we have no disadvantages to report.  We suspect if there will be any, it will be in the durability area.  Pro tip – many credit cards have warranty guarantee’s that will double certain products warranties as long as they are under a year in length.  Use this as an insurance plan on your insane new stick!

The Warrior Fantom QRE Hockey Stick currently comes in only two blade patterns (W03 and W28) and two flex offerings (75 and 85).  It is clear based off this that the stick is designed for players looking for quick, elevated shots from closer into the net as opposed to big point shooters.  The stick was designed and built with one thing in mind – weight reduction, and in this area Warrior has absolutely killed it.  Does the weight sacrifice effect feel and durability?  Considering that several NHL players have stuck with the stick for the remainder of the season, we doubt it.  Grab a Fantom QRE now to equip yourself with some of the best new technology in the stick game!