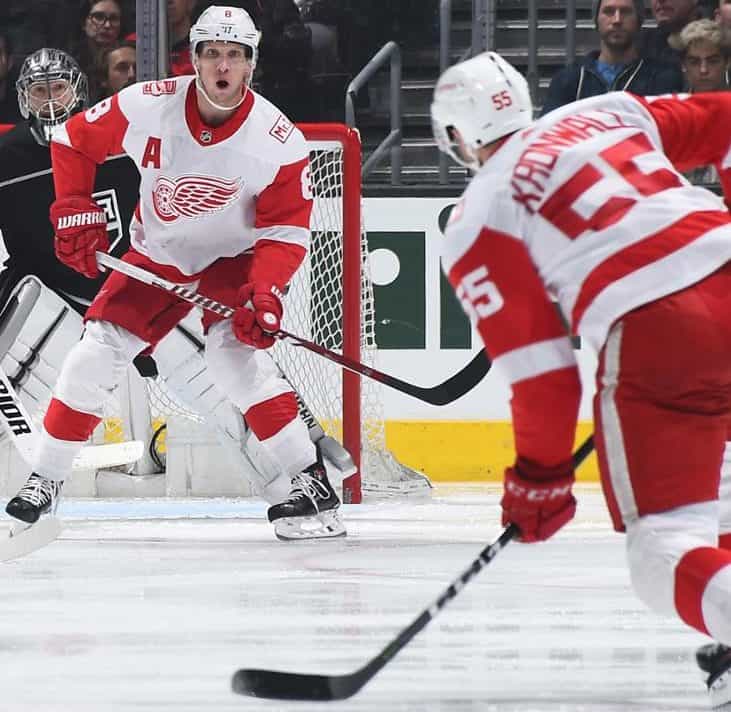 When it comes to thinking about a classic hockey goal, what else comes to mind other than someone flying down the wing and ripping a slap shot bar down?  In this article we will go over the origins of the slapshot, how it has evolved over time, and we will break down the steps to teach you exactly how to take a slap shot!

If you are looking for a stick to help you take the best, fastest, and most powerful shots, check out our Best Hockey Sticks Article .  We would suggest a high kick point stick from the Bauer Supreme line if you are looking to improve your slapshot!

When Did People Start Taking Slapshots?

Believe it or not, people did not always take slapshots!  As with any sport, things evolve over time, and with the game of hockey dating back to the late 1800’s, it has definitely changed over the years!

The first slapshots taken are a source of some debate, but it is believed they first began being used around around the turn of the 20th century.  The first slapshots are credited to Eddie Hall of the Halifax Eurekas of the Colored Hockey League in Nova Scotia, Canada.  Over the years it was then popularized by Bernard ‘Boom Boom’ Geoffrion of the Montreal Canadians, who got his nickname from the booming sound his hockey stick would make as he took slapshots.

How To Set Up To Take A Slapshot

In order to take a slapshot, you need to understand several key things which we will break down below

Proper Stance – Unlike a wristshot or snapshot, which can be taken off balance, on one foot, and even off your right or left foot, the slapshot requires a strong stable base.  Setting up for a slapshot you want to have both feet planted at least a few inches wider than shoulder width apart.

Puck Positioning – Obviously you can’t have a perfect setup for every shot considering how fast the game of hockey moves, but if at all possible you want the puck to be set up roughly 4-6 inches off your front foot.   If your back foot was 100% and your front foot was 0%, then we are looking to have the puck sit somewhere around the 25-30% range.  Too far back and you won’t be able to contact the ice far enough behind the puck to generate your ‘whip’ and get power behind the shot, too far ahead and you will be more so ‘swiping’ at the puck and will also lose power.

Wind Up – As most people know, a slapshot has a rather dramatic wind up.  you move your stick nearly 180 degrees from the ice to being just about parallel (up and down) with your body.  Taking this large windup allows you to use momentum to generate as much force as possible to transfer into your shot.

Striking the Puck – This is a critical step that some people do not understand and holds them back from developing a strong slapshot.  You must not try to contact the PUCK first in a slapshot, you must contact the ICE first!  You bring the stick down as hard and fast as you can roughly a foot behind the puck, using all the force you generated to flex the stick as much as possible behind the puck and use the flex of the stick to put all the power into the shot.  You do not try to ‘sweep’ the puck with your stick as this will result in a weak and powerless shot.  It will feel very awkward at first to try to strike the ice behind the puck, but just know that this is the correct way to do it.

Follow Through –  There is some debate in the hockey world around follow through for shots such as the wristshot and snapshot, as it was once common teaching to follow through where you want the puck to go.  Watch new age snipers like Austin Mathews or Jack Eichel and follow through on those shots is not as crucial as people once thought.  For the slapshot however, with the momentum you are carrying through the shot, a full follow through is suggested for maximum effectiveness.  As you follow through, your trailing foot (your right foot for a right handed shot, left foot for lefties) will kick out behind you to help you maintain balance during the follow through.  Watch the video below of emerging superstar Elias Pettersson who has some of the best slapshot form I have ever seen,  Keep in mind he is only 170-180 pounds and is shooting the puck likely over 90 mph.  Technique, technique, technique!!

What Flex Should Your Stick Be For Harder Slapshots?

As with all aspects of hockey, proper stick selection is crucial to start taking the best slapshots possible.

If you are a defenceman and are going to be taking mostly slapshots or big shots from the point, you can go for a heavier flex stick to really help increase your shot velocity.

If you are a forward and need a bit more flexbile an arsenal of shots, you might want to go for a stick right in the middle of the the chart.  For example I am a 6’0, 210 pound forward and an 85-87 flex is the perfect stick for me.  If I was playing more defense I would opt for a 100-105 flex stick, but when playing forward I can really see my quick shots like a wrist shot suffering if my flex is too high.  Here are some examples of NHL players stick flexes to give you an idea of their game type and what stick works for them –

Keep in mind players like Ovechkin and Laine have free access to unlimited sticks, so using sticks that are more whippy than your average Joe and snapping them day in and out is less of a concern for them.  I once used a 75 flex and my snapshots were off the charts, but i broke two sticks in four games and for someone paying for their gear, that just wasn’t realistic for me to continue to do.

Want to learn how to perfectly pass over top of an opponents stick?  Check our How to Make a Saucer Pass article here!